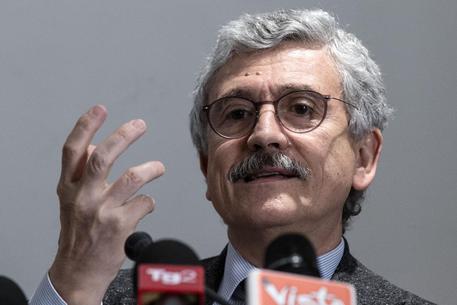 (ANSA) - Rome, March 24 - Ex-premier Massimo D'Alema on Thursday called for a moderate, integrated European Islam to combat the rise of Islamic radicalism in European cities.
"A significant part of the Muslim world in Europe is not integrated," he said.
"Which means that (Islamist) terrorism is surrounded by an area, if not of solidarity, of non-hostility".
"I would like these people to feel they are full-blown European citizens," D'Alema continued. "It would be preferable if they could build their mosques the same way churches are built, that is, with public funds. Italy has a 0.8% (tax program) for the Catholic church, but there are 1.5 million Muslims who are not recognized and with whom we don't have an understanding".
A European Islam "could be more open and modern than the fundamentalist kind that comes from some countries of origin," the center-left Democratic Party (PD) politician said.
His comments sparked immediate reactions from rightwingers.
"Is he nuts??" tweeted anti-immigrant Northern League leader Matteo Salvini.