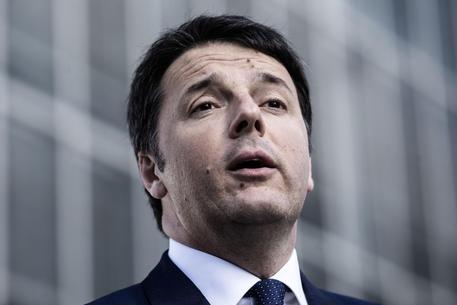 (ANSA) - Rome, March 3 - Premier Matteo Renzi said Thursday that a bridge across the Strait of Messina to connect Sicily with mainland Italy will be built eventually, but not before the local infrastructure is ready for it. "The bridge over the Strait will definitely be built sooner or later," Renzi told Isoradio. "The important thing is that first we bring home results on incomplete works because there isn't anyone here who is thinking of delivering projects worthy of the Pharaohs". He said that the bridge would have to be capable of carrying high-speed trains as well as road traffic. "It will be necessary to work out the costs and time spans but that's not possible at the moment because work on the roads of Sicily and Calabria must be finished first," he said, adding that highways in some areas were "indecent". The seemingly moribund bridge project, a former hobby horse of ex-premier Silvio Berlusconi, returned to the fore in October when the junior government partner, the New Centre Right, passed a motion calling for a reassessment of the feasibility of the bridge for rail traffic only.