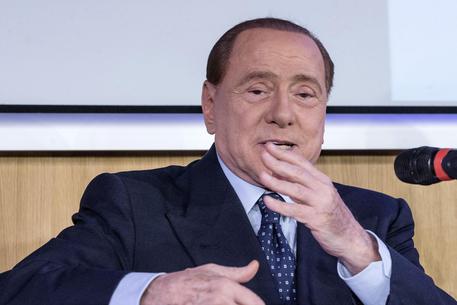 (ANSA) - Rome, February 23 - The foreign ministry in Rome said Tuesday that it had summoned United States Ambassador John Phillips for clarification following reports that the telephone conversations of ex-premier Silvio Berlusconi and his close aides were tapped in 2011. Daily newspaper La Repubblica and sister weekly magazine l'Espresso reported on new Wikileaks files that suggested a special unit of the United States National Security Agency (NSA) listened in on the media magnate during the last of his three terms as the head of government. Premier Matteo Renzi said Tuesday that Italy would "ask for information in all seats, also via formal steps," on the alleged US tapping of Berlusconi.
Berlusconi's opposition, centre-right Forza Italia (FI) party demanded answers, calling on Renzi to report to parliament and requesting an urgent meeting with Intelligence Undersecretary Marco Minniti. "What happened seems to be an extremely serious thing," said Forza Italia Senate whip Paolo Romani. "It's serious that the NSA took the liberty to take wiretaps at the highest level on Italian territory and did not inform the Italian government which, when faced with our questions, has always said that this is not true. "It seems to me that the executive must now give a clear response". Berlusconi has frequently said there was plot to cause his third government to collapse late in 2011, when Italy risked a Greek-style financial meltdown.
Forza Italia Lower House whip Renato Brunetta reiterated his demand for a parliamentary commission of inquiry into the collapse of Berlusconi's third government. "A parliamentary commission of inquiry is needed now more than ever," Brunetta said. "We are asking for it for the events of 2011 and we asked for one on the banks crisis at the end of 2015. "The two could be combined given that they are two sides of the same coin, with the hands of international finance on Italy and dark powers intending to put their hands on our country". The Italian media said the NSA's Special Collection Service (SCS) tapped the conversations of Berlusconi, his personal advisor Valentino Valentini, his national security advisor Bruno Archi, diplomatic advisor Marco Carnelos and Italy's NATO representative Stefano Stefanini. They said the NSA knew about a meeting on October 22, 2011, with then French President Nicolas Sarkozy and German Chancellor Angela Merkel at which Sarkozy told Berlusconi that Italy's financial institutions risked popping like a champagne cork.
The conversation is said to have contributed to Berlusconi's decision to step down as premier. According to the documents, the NSA also recorded Berlusconi promising Israeli Prime Minister Benjamin Netanyahu that he would help repair relations with Washington in a phone conversation. Giacomo Stucchi, the head of the COPASIR parliamentary oversight committee of the intelligence services, said Tuesday that he will ask Minniti to report on the case. "It seems right and proper to put the question to the attention of Undersecretary Minniti in the hearing set to take place the day after tomorrow," Stucchi told ANSA. Sources at Rome's prosecutors office said that a probe will only be opened if a formal complaint is filed.