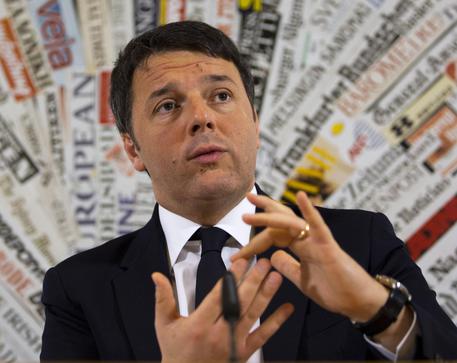 "We can't have series A and series B children," Renzi told the foreign press corps in Rome as he celebrated two years in office.

Under current Italian law, the children of gay parents risk ending up in foster care if one of their parents dies, because the surviving parent has no legal custody rights over them. The stepchild adoption clause to the civil unions bill would ensure they remain in the same family if orphaned, as the children of straight married parents can.

However, Renzi added that the party doesn't have the votes to get the bill passed on its own. "The PD (only) has 112 votes in the Senate, therefore we must make a deal," he said. Renzi suggested at the weekend that it may be necessary to drop the stepchild provision to win over centre-.right junior partners within the government coalition and Catholic lawmakers within his own centre-left PD.

Examination of the bill stalled last week when the anti-establishment 5-Star Movement (M5S) pulled its backing for a so-called kangaroo amendment that would have knocked down hundreds of other similar amendments filed by opponents of the package.

"We're not going anywhere if we continue like this," Renzi said on Monday. "So I hope we can wrap it up in the Senate within days, either with a government amendment or with a deal in parliament. We have to end this lengthy and constant delay".

Last week a group of 718 family lawyers, judges, and constitutional experts delivered an appeal to Lower House Speaker Laura Boldrini in favor of the so-called stepchild adoption measure.  "Adoption of the child by the biological parent's partner represents the minimum guarantee for children living with same-sex parents today," the appeal said. "These little girls and little boys exist," the document continued. "The lawmaker cannot erase them and cannot turn the other way, ignoring their need for protection".

Detractors say the stepchild adoption measure would encourage the practice of surrogate motherhood, which Catholics oppose and which is illegal in Italy.