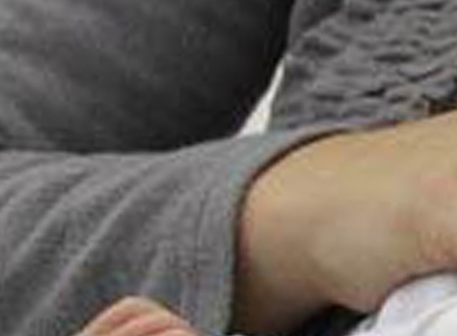 (ANSA) - Rome, February 19 - Italy is facing a double demographic challenge, with the 2015 birthrate the lowest since the country's unification in 1861, coupled with a 12.4% increase in Italians leaving the country, according to data released Friday by statistics bureau Istat.
Istat said 488,000 babies were born in 2015 - eight for every 1,000 residents - down by 15,000 births compared to the overall figure for 2014.
In response to the data, Health Minister Beatrice Lorenzin told ANSA that the country's low birthrate is its main economic problem. She said the ministry will conduct studies on support for working women and the country's so-called baby bonus, a monthly per-child payment to low-income families.
Compounding the low birthrate was an increase in 2015 in both emigration and the country's mortality rate.
Istat said 100,000 Italian citizens were removed from the registry of residents in 2015 after moving abroad, up 12.4% over the previous year.
There were also 45,000 foreign nationals who left the country.
The mortality rate was up 9.1%, with 653,000 deaths in 2015, an increase of 54,000 compared to 2014.
At a rate of 10.7 deaths per 1,000 residents, Italy's 2015 mortality rate is among the highest registered in the post-war period, with fatalities concentrated in the 75-95 age range.
Italy's population did get a slight boost, however, from 28,000 Italians who returned from abroad and from 245,000 foreign nationals registered as residing in the country last year.
"The government's commitment is clear - to create active policies that put the family at the centre," said Regional Affairs Minister Enrico Costa.
"This is not a single provision, but a comprehensive network of measures, acts and decisions, above all in the tax sphere, aiming to help and develop the country's backbone.
"Next week motions to support the family will be debated in the Lower House". Consumer groups Federconsumatori and Adusbef said the data show that couples are giving up on starting a family because they can't afford to support one.
"It won't be possible to talk about a true recovery until a recovery is triggered on the job front, creating new incomes and lightening the load on families," the groups said.
Consumer group Codacons said the cost of raising a child in its first years of life is estimated at about 10,000 euros a year.
"Many Italians nowadays can't afford to bring a child into the world anymore, and they're forced to postpone becoming parents to better times, in the absence of concrete support from the State, as today's Istat data attests," Codacons' Carlo Rienzi said.