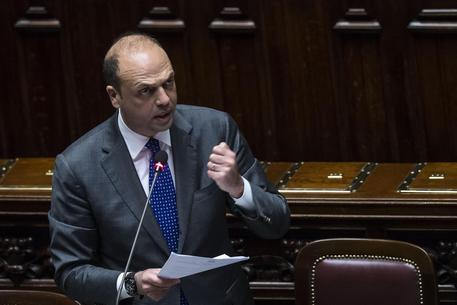 (ANSA) - Rome, January 26 - Italian Interior Minister Angelino Alfano said Tuesday that Europe "only has a few weeks" to save the Schengen accords, urging the establishment of hotspots and repatriation of illegal migrants "The Amsterdam summit allowed us to say that Schengen is saved, for today," he told Radio Capital, "but it remains under attack because of an enormous flux of of irregular refugees and the European incapacity to carry out decisions taken".
"We have only a few weeks to save Schengen, for now we are working to coordinate the individual national measures but if the flows don't diminish in May everything could blow".
"Our recipe for the future is simple - we need to make last April's agreements work, to realise hotspots and repatriate the irregulars".
"We want to review the Dublin regulation - 20 years ago Europe was something different. I launched the idea of a coalition of the willing to change this, we are working to find more possible countries. I have not had no from Germany, and Austria and Sweden could agree".
Alfano said that only a few asylum seekers have been redistributed around Europe. "The idea of redistribution was fair but it hasn't worked".
"Our proposal is to help countries who count most on the Balkan route and ensure that the flows are reduced. How? With an agreement with Turkey to avoid the refugees following the Balkan route and reaching as far as the north".