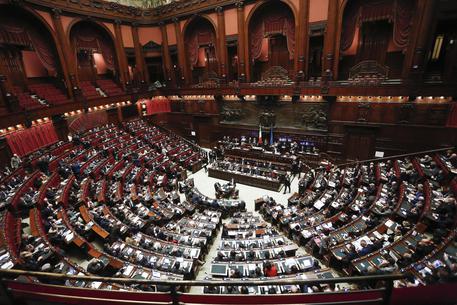 (ANSA) - Rome, January 12 - The government's landmark constitutional reform abolishing the Senate in its present form - which Premier Matteo Renzi on Sunday called "the mother of all battles" - returns to the Senate floor Wednesday for a third reading.
The reform streamlining Italy's cumbersome political machinery faces an autumn referendum to be confirmed, and the reformist premier has said he will quit if defeated.
In a nutshell, the reform package ends so-called perfect bicameralism, putting in place a Senate with fewer legislative powers and made up of 95 Senators elected from regional councils but with popular legitimacy, as well as a new federalism, abolishing concurrent competencies between the State and regions, and putting strategic competencies back in the hands of the head of State.
The reform package modifies and completes the March 2001 Title V reforms, which introduced federalism.
Following, then, is an overview of the major changes set to come about in the government as a result of the reform package also known as the Boschi bill: LOWER HOUSE - Will be the only body with the power to hold a no-confidence vote. There will still be 630 MPs and they will be elected with universal suffrage, as now.
SENATE - Will continue to be called Senate, but will be made up of 95 members elected from regional councils (21 mayors and 74 councillor-Senators), plus five nominated for seven-year terms by the head of state. Will have full legislative powers only on constitutional laws and reforms. Regarding ordinary laws, can ask the Lower House for modifications, but the Lower House is not required to carry out the requests. If the Senate asks the Lower House to modify a law that regards the relationship between the state government and regional governments, the Lower House must have an absolute majority in order to refute the request.
POPULAR LEGITIMACY - A new addition to the Senate, by request of the Democratic Party (PD) minority. Voters, at the time of electing their regional councillors, will also indicate which of those they also wish to elect as Senators. The regional councils, once seated, will be required to ratify the choice.
SENATOR-COUNCILLORS: The 95 Senators will be partitioned out between the regions based on each region's demographic weight.
The regional councils will elect Senators from within their councils using a proportional method, and one senator from each region must also be a mayor.
IMMUNITY: The new Senators will have the same immunity protections as the MPs, namely that they can't be arrested or subject to wiretaps without Senate authorisation.
FEDERALISM: Certain competencies have been returned to the hands of the head of government, such as energy, strategic infrastructure, and the national system of civil protection.
Also, through a government proposal, the Lower House will be able to approve laws that are within the competence of the regional councils, "when required in order to safeguard the judicial or economic unity of the Republic, that is, to safeguard national interests".
VOTE ON SPECIFIC DATE: Parliamentary regulations must indicate a specific time for voting on government bills, and limits to the government will be introduced on contents of bills.
PRESIDENT OF THE REPUBLIC: Will be elected by the 630 MPs and the 100 Senators. For the first three ballots a two-thirds majority will be required; from the fourth ballot, three-fourths; from the seventh ballot a three-fifths majority will suffice. At present the quorum is lower, with an absolute majority from the fourth ballot on.
CONSTITUTIONAL COURT: Of the 15 constitutional judges, three will be elected by the Lower House and two by the Senate. REFERENDUM: A lower quorum will be required on referendums for which 800,000 signatures are collected rather than 500,000: to make it valid will require approval by half of those who voted in the most recent elections, rather than half of all registered voters.
POPULAR INITIATIVE BILLS: The number of signatures required to propose a popular initiative rises from 50,000 to 150,000.
However, Lower House rules must indicate precise times of examination, a clause which doesn't currently exist.
ELECTORAL LAW - A preventative appeal to the Constitutional Court on electoral laws can be made by request of one-fourth of the members of the Lower House. Among the transitional regulations is also the possibility of a preventative appeal during the current legislature. Therefore even the Italicum electoral reform bill could come under examination of the Constitutional Court.
PROVINCES - Will be abolished from the constitution, a necessary step in order to definitively abolish them.
CNEL - The National Council on Economy and Labour (CNEL), a constitutional organ based on the 1948 Charter, will be abrogated.