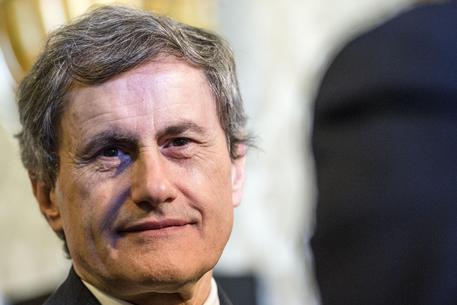 (ANSA) - Rome, December 18 - Former Rome mayor Gianni Alemanno was indicted Friday in the so-called Rome Mafia case involving a ring of gangsters, businessmen and politicians who muscled in on lucrative city contracts. The former rightwing politician faces charges of corruption and illicit financing. The first hearing in his case will be held March 23.
Alemanno is accused of receiving 125,000 euros in 2012-2014 via his Nuova Italia (New Italy) foundation in exchange for "acts running counter to his duties in office".
Prosecutors say the money was funneled to him by three defendants in the Rome Mafia case - Salvatore Buzzi, the honcho of the leftwing cooperatives, in agreement with one-eyed former rightwing terrorist and gangster Massimo Carminati, and by Franco Panzironi, the former chief of AMA trash collection company.
The former mayor allegedly received 75,000 euros in financing for electoral dinners, 40,000 euros in financing for his foundation, and 10,000 euros in cash. Prosecutors say he took the last amount in October 2014, when he was no longer mayor and two months before the first round of Rome Mafia arrests.