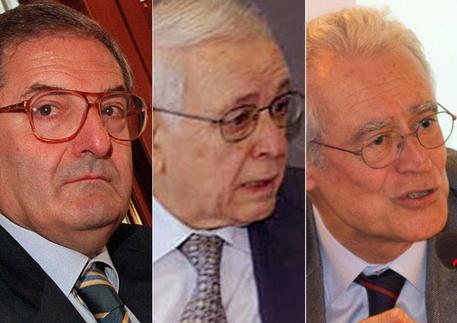 (ANSA) - Rome, December 17 - Parliament finally managed to fill three vacancies on Italy's Constitutional Court late on Wednesday thanks to a deal between Premier Matteo Renzi's Democratic Party (PD) and the anti-establishment 5-Star Movement (M5S).
As a result jurists Augusto Barbera, Franco Modugno and Giulio Prosperetti were elected by a joint session of lawmakers of both houses of parliament at the 32nd attempt.
Silvio Berlusconi's opposition centre-right Forza Italia (FI) party cried foul after being cut out of the deal and not having a candidate that it nominated elected.