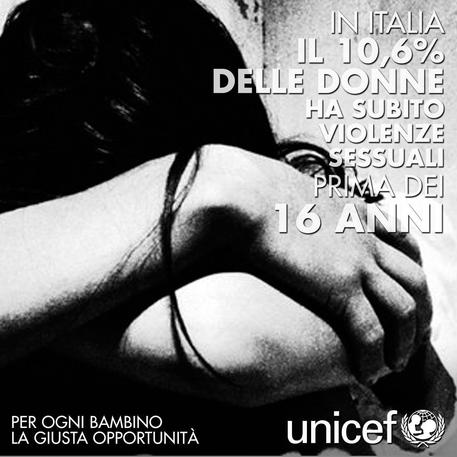 (ANSA) - Rome, November 25 - Italy on Wednesday marked the UN's International Day for the Elimination of Violence Against Women with calls for more concerted action against the phenomenon, as news emerged that a 43-year-old woman was killed by her husband with a double-barreled shotgun blast in Perugia.
The killer, a 40-year-old estate agent, gave himself up, police said. The murder took place in a villa near Perugia railway station and there are reports that the couple's six-year-old child was at home at the time. Police said the murder took place after a quarrel and are still trying to piece together exactly what happened.
President Sergio Mattarella led appeals earlier in the day.
"Counteracting violence against women is an essential task of every society that proposes to protect fundamental human rights," he said.
He called for "educating young people in rejecting violence in romantic relationships" but said there is "still a long way to go". Lower House Speaker Laura Boldrini said "much more remains to be done" and urged more funding for battered women's shelters as well as more policies promoting women's financial independence.
"It is crucial to give women the chance to find shelter when they have to get out of a violent context," Boldrini said. "Work is crucial because women who don't work are more vulnerable," she stressed, adding that less than half of women in Italy are in employment.
Outspoken centre-right MP Daniela Santanché called for the chemical castration of "ogres" who are violent to their partners.
The Italian Red Cross (CRI) presented an 'identikit' of the typical victim of abuse in Italy.
She is Italian, married with children, and between 35 and 40 years of age, the CRI said.
Separately, the United Nations children's agency UNICEF said one girl in 10 under the age of 20 has been raped or forced to submit to sex acts against her will. A video on violence against women was shown in every Italian post office Wednesday.
The post office also issued a special stamp to mark the day.
Before departing for his African trip Pope Francis received 11 women who are in a shelter in the Lazio region.
They were of Italian, Nigerian, Romanian and Ukrainian origin and had six children with them.
Rome Prefect Franco Gabrielli said "more must be done on a cultural level" to combat violence against women.
Interior Minister Angelino Alfano said authorities have issued 380 cautions and 231 restraining orders in 2015 in domestic violence cases.
Abuse within the family has fallen by 16.25% in the last year, beatings by 9.52%, sexual violence by 14.43%, murder of women within the family environment by 5.13%, painful injury by 12.23%, threats against women by 13.5% and stalking by 21.28%, Alfano added.
"The introduction of two laws on stalking and gender-based violence have therefore given important results," the minister said. "There has been a significant reduction in the phenomenon and one thing is certain: the three pillars of our strategy - punish, prevent, and protect - are working." Approved under the previous center-left government of Enrico Letta in October 2013, the law on gender violence is the basis for provisions contained in the government's controversial Good School reform to promote non-discrimination and gender equality in Italian schools.
However, these provisions have come under repeated attack from centre-right politicians and conservative Catholics concerned that they might pave the way for the teaching of gender theory in schools.
Gender theory posits that male or female identity is not just a matter of genetics and physical characteristics, but also a social construct.