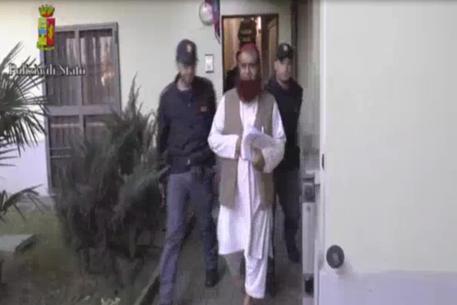 (ANSA) - Rome, April 24 - The Vatican was reportedly in the cross-hairs five years ago of a Sardinia-based al-Qaeda Italian network that was busted Friday.
Wiretaps from an al-Qaeda cell in Sardinia have provided evidence there was briefly at least one suicide bomber in Italy in early 2010 amid possible plans to attack the Vatican. Italian police launched a massive operation on Friday after uncovering the alleged al-Qaeda network based in the Sardinian capital, Cagliari.
Raids were carried out in seven Italian provinces after 18 arrest warrants were issued following a probe by prosecutors in Cagliari. The operation targeted Islamist extremists linked to several acts of terrorism and sabotage in Pakistan, including an attack on a Peshawar market in October 2009 in which over 200 people died. Among the suspects were two members of a network that protected late al-Qaeda leader Osama Bin Laden in Pakistan.
Furthermore, the Italian al-Qaeda network had direct contact with Bin Laden, Cagliari police said Friday on the basis of wiretaps.
The group could count on plenty of weapons and several followers willing to carry out attacks in Pakistan and Afghanistan and then return to Italy, prosecutors suspect. The Vatican said Friday it was not worried by the reports of a possible plot to attack the Holy See by al-Qaeda affiliates in Italy because "from the little that they've said, it seems to be a hypothesis from 2010 that had no follow-up".
Vatican Spokesman Father Federico Lombardi told ANSA: "therefore the thing is not relevant today and is not reason for particular concern".
Pope Francis is not worried by the reports, Vatican Secretary of State Pietro Parolin added. "We are all exposed and we are all afraid but the Pope is very tranquil in this, you just have to see him meeting people with great lucidity and serenity," he said. "The biggest fear is that innocent people may be affected.
"But I don't seem to perceive great concern in the Vatican, although of course you have to be careful", the secretary of state said.
"I think there are guarantees; all the structures that deal with security are particularly attentive and I don't think there is an alarm, absolutely.
"We are exposed to this threat as are all, as we saw in France (with the Charlie Hebdo attacks)".
The possible attack may have been foiled by a search of one of the al-Qaeda affiliates' homes in Italy in March 2010, police in Cagliari said.
Two Pakistani suicide bombers had just arrived in Rome, and almost at the same time police carried out searches, spurring the organisation to tell the pair it was time for them to get out of the the Italian capital - one to Olbia in Sardinia and the other to Bergamo north of Milan.
During a subsequent search of the home of the head of Olbia's Islamic community, police said, a piece of paper was found with a 'martyr's vow" by one of the terrorists, police said.
The jihadist network was also involved in people trafficking, with Pakistanis and Afghans illegally smuggled into Italy as a port of entry for them to go on to northern Europe, investigators allege.
Their arrival was allegedly made possible with the help of entrepreneurs who provided fake job contracts.
In other cases, the network allegedly supplied fake documents to show that the migrants were the victims of ethnic or religious persecution. It also allegedly provided logistical and financial support to the migrants, including telephones and assistance with the documentation to request political asylum. Investigators believe that an imam and Koran teacher who worked in the areas of the northern cities of Brescia and Bergamo was in charge of raising funds for attacks in Pakistan. In one case, investigators say they traced a transfer for 55,268 euros via a flight for Islamabad from Rome's Fiumicino airport. "I give my congratulations to our anti-terrorism and police officers and magistrates for the extraordinary operation which made it possible to dismantle a network of human traffickers and (arrest) people accused of terrorism," said Interior Minister Angelino Alfano.