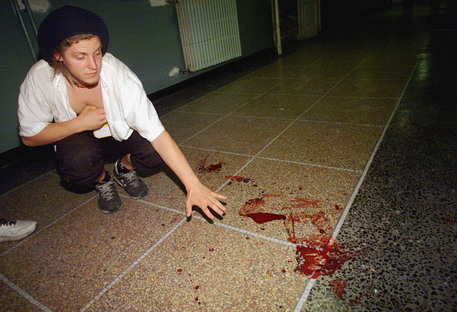 (ANSA) - Strasbourg, April 7 - The European Court of Human Rights on Tuesday condemned Italy and called for legislative changes after "torture" during a police raid in July 2001 on anti-globalization protestors at the Diaz school during a Group of Eight summit in Genoa.
The court said it condemned Italy not only for what happened to the demonstrators, but also because it said the country lacks appropriate legislation to punish the crime of torture.
The Diaz raid is perhaps Italy's most notorious case of police brutality.
In the night assault on the Diaz school, hundreds of police attacked about 100 activists and a few journalists, seriously injuring 61 - three critically and one, British journalist Mark Covell, left in a coma with rib and spinal injuries.
Officers planted evidence including two Molotov cocktails and hammers and knives from a nearby construction site to justify the raid.
Amnesty International called the event "the most serious suspension of democratic rights in a Western country since the Second World War".