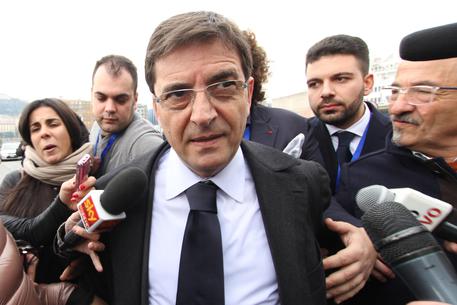 (ANSA) - Naples, December 22 - Anti-mafia prosecutors on Monday confiscated around 120 million euros in assets in relation to a probe into Nicola Cosentino, a former undersecretary for three-time premier Silvio Berlusconi, ANSA sources said. Among the assets seized were 142 gas stations. The case regards Cosentino's family petrol-pump business in the southern Campania region. The Cosentino family is suspected of having used illicit methods including extortion and bribery to damage their competitors in the local refuelling-station industry, including with the help of alleged ties with the infamous Casalesi clan of the Campania mafia, the Camorra.
Cosentino, also the former regional coordinator for Berlusconi's now-defunct People of Freedom (Pdl) party in Campania, has been in Naples's Secondigliano jail since being arrest in April in relation to the probe, one of three criminal probes he is implicated in.