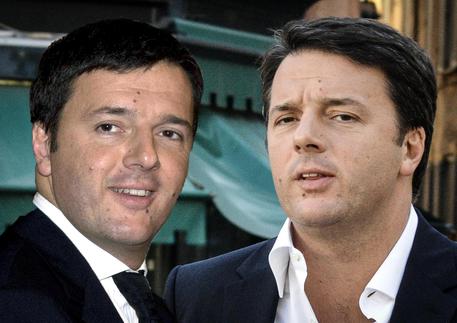 (ANSA) - Rome, September 30 - Premier Matteo Renzi on Tuesday took pot shots at opponents of his proposed Jobs Act after dissenters within his Democratic Party (PD) failed to rally consensus against him. He chided fellow PD member and former premier Massimo D'Alema, who led the internal dissenters along with former party chief Pier Luigi Bersani. "Every time D'Alema speaks, I win more points," Renzi said in an interview to be aired on TV talk show Ballarò. "If D'Alema didn't exist, we'd have to invent him". The Jobs Act, which has been approved at the committee stage, progressively raises safeguards for new hires, slashes the plethora of temp contracts currently plaguing entry workers, and establishes a minimum wage and universal unemployment benefit. The bone of contention is a measure that would scale back a landmark jobs protection regulation - Article 18 of the 1970 Workers Stature guaranteeing the right to be reinstated after unfair dismissal - for new hires. The measure is opposed by a minority within his PD and by Italy's biggest and most leftwing trade union confederation, the CGIL. Renzi last night came under intense fire in speeches from Bersani and D'Alema, but the premier's line prevailed, with 130 votes in favour, while the dissenters split, with 20 voting against and 11 abstaining.
Renzi appears to have given some ground to the rebels who have vowed to fight the reform though. The government may present an amendment to its own labour reform bill on the basis of a document approved Monday's meeting, PD Senate whip Luigi Zanda said Tuesday, according to ANSA sources. Initially, the Jobs Act said that the Article 18 guarantee for people unjustly dismissed to have their jobs back would no longer apply to newly hired workers - while remaining in force for people already in jobs - except in cases of discrimination. But the document approved by the PD on Monday said that the guarantee should also apply in cases when a worker is dismissed on disciplinary grounds that a court rules are unfounded. Nevertheless, PD rebels said that they were not withdrawing amendments they have presented to the Jobs Act.
Italy is mired in its third recession since 2008, and the premier's words came as Istat national statistics bureau confirmed the jobless rate among young Italians rose to a new record high in August, reaching 44.2%, while unemployment overall fell slightly to 12.3% during the month.