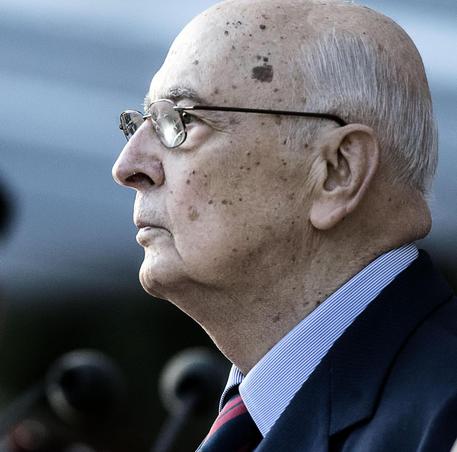 (ANSA) - Rome, June 11 - Italy "did not turn away" from the plight of dying migrants in the Mediterranean with its large-scale Mare Nostrum search-and-rescue operation, President Giorgio Napolitano said Tuesday night. The op showed Italy was "in the vanguard of efforts to react correctly to a wave of desperation," he said at festivities for the Italian Navy at the presidential palace. Mare Nostrum (Our Sea in Latin), launched after the deaths of 400 migrants off the stepping-stone island of Lampedusa in October, has saved tens of thousands of lives to the plaudits of rights bodies.
Critics including the anti-immigrant Northern League have claimed the take-all-comers approach has enriched and encourage people traffickers.
Liberals have responded that the waves of desperate migrants would have continued anyway, and countless more lives would have been lost.
Since its inception Italy has been asking the European Union to spread the burden more widely with frontier agency Frontex.
Earlier this week the US Navy stepped in for the first time, rescuing countless of migrants who were taken to Malta.
According to varying estimates, Mare Nostrum has saved 15-20,000 lives.
On Thursday two global human rights organizations on Thursday again called on the EU to support the operation.
"EU interior ministers should give financial and material support to Italy"s vital efforts to save the lives of migrants at sea, because without collective EU action, this summer could become the season of mass drownings in the Mediterranean", Human Rights Watch (HRW) warned at a meeting of EU interior ministers in Luxembourg.
"Member States and the EU itself should share in the financial and legal responsibility" of Italy's operation, it said. "Mare Nostrum should be applauded, but Italy must not be left to carry out this life-saving operation alone", added Nicolas Beger, head of the EU office of Amnesty International. "Member States should commit to increasing search and rescue operations in order to guarantee the sustainability of this vital humanitarian intervention," he said.