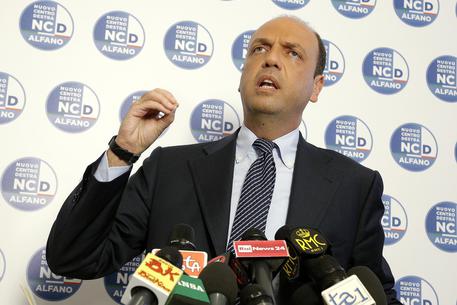 (ANSA) - Luxembourg, June 5 - Italian Interior Minister Angelino Alfano said Thursday al-Qaeda terrorists could be among immigrants landing in Italy after embarking from the Libyan coast.
''No one is able to rule it out. Certainly our vigilance is extremely high,'' Alfano said at the end of a meeting of European interior ministers in Luxembourg.
Alfano, who also heads up the New Centre Right (NCD) party, warned that Italy could not continue to shoulder the costs of patrolling and saving lives in the southern Mediterranean alone.
''Italy can not pay the bill for instability in Libya alone and we have reiterated that the operation Mare Nostrum can not last forever,'' said Alfano, referring to a programme set up by the administration of ex-premier Enrico Letta to prevent further deaths at sea following two migrant ship disasters in October 2013 in which at least 400 people died.
''Saving lives is important, but that does not mean we have to always do it ourselves and forever by ourselves,'' said Alfano.
Pressing for assistance with the costs of dealing with immigrants will be a ''theme'' for Italy when it assumes the six-month duty presidency of the European Union in July.
Italy's southernmost shores, especially the islands of Lampedusa and Sicily, are the first points of arrival for migrants arriving from the Middle East and North Africa crowded on to flimsy boats and rafts.
Alfano last week said almost 40,000 migrants have landed on Italian shores to date this year - almost as many as the total for all of last year.
Alfano called for increased resources for the European Union's border management agency Frontex, which helps to patrol the southern borders, and said it should move its headquarters to Italy.