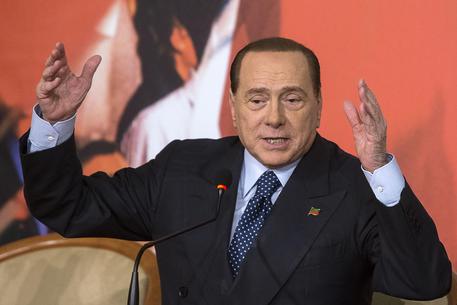 (ANSA) - Naples, May 7 - Ex-Senator Paolo Rossi testified Wednesday to being offered a bribe by another ex-Senator during Romano Prodi's 2006-2008 government to change political sides and join Silvio Berlusconi's center-right bloc. "Antonio Tomassini offered me a sum of money and said it wouldn't change Berlusconi's life but it would change mine".
The ex-premier is on trial for allegedly paying a different former centre-left Senator, Sergio De Gregorio, three million euros to switch sides and undermine Prodi. Prodi's government fell after losing the support of the Senate, leading to new elections that Berlusconi won.
De Gregorio has admitted not declaring to tax authorities two million euros he received and plea-bargained a 20-month sentence.
The Italian Senate is listed among the plaintiffs.
In court on Wednesday, Rossi recalled that Tomassini, a doctor who once headed the Senate's health committee, was a former member of the defunct Christian Democrats as he was, and said he approached him as a friend and his wife's gynecologist. Rossi said the conversation switched to politics when Tomassini said "the Prodi government has no future, and it's absolutely fundamental that Berlusconi return to office". According to Rossi, Tomassini then offered him money and said the deal could be sealed shortly at Berlusconi's villa in Sardinia. Berlusconi, a 77-year-old media magnate, continues to lead his center-right Forza Italia party from outside parliament after being banned from public office for a binding tax-fraud conviction last year. Valter Lavitola, an associate of the ex-premier's, is also on trial in Naples for allegedly acting as a go-between in the alleged bribery.
Prosecutors have claimed Lavitola tried to bribe other Senators who have not been identified as well.