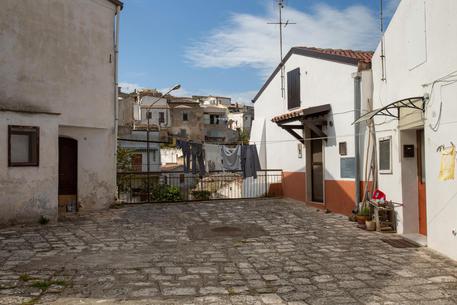 (ANSA) - Grottole, June 5 - The small Italian village of Grottole, a town of 300 residents and 600 uninhabited homes in the southern region of Basilicata, is getting ready to host five volunteers who were selected by Airbnb to become temporary residents as part of its "Italian Sabbatical" initiative.
The project, staged in collaboration with the non-profit Wonder Grottole, aims "to revitalize the village that is at risk of disappearing".
​ Grottole is located just 20 minutes from Matera, the 2019 European Capital of Culture, and the five volunteers - Pablo, Anne, Helena, Remo and Darrell​- will spend three months experiencing rural life and learning about local culture together with residents of the village, such as Enza, who will serve as a cooking teacher.
"Based on what I saw in the video, they seem like really good people," Enza said of the volunteers, while she worked on making homemade pasta.
"I really hope that Grottole is revitalised. The more of us there are, the better we will be," she said.
News of the Italian Sabbatical project travelled the world, and over 280,000 people applied to be selected for the project.
Locals have already prepared homes to host the five volunteers who were chosen, and the volunteers will have a full schedule of activities involving the entire village.
In the morning, they will have their cappuccino and cornetto with Caterina at the Zolletta coffee bar, which opened six years ago and is now the only coffee bar left in the historic centre.
"For foreigners our coffee is a bit strong," Caterina said.
"I can't wait for them to arrive; I want to take advantage of the exchange to learn English well," she said.
​ Helping the volunteers to translate between Italian and English, at least in the beginning, will be Italian teacher Michela, 29, who is taking time away from her work teaching Italian to migrants at classes through SPRAR reception centres.​ Gardening will be the task of Mario, 60, who is proud to show the volunteers the bounty of the Italian garden.
"They will come to learn," he said.
"We will lovingly teach them about our land, because if the tomato isn't tended properly from the moment it's planted, it won't grow well," he said.
Rocco, a local hairstylist who slightly resembles the Italian actor Riccardo Scamarcio, will lead the volunteers in learning all about beekeeping.
"Bees have been my passion since I was a child," Rocco said.
"Now they're on the sainfoin flowers, and the honey that comes out is really sweet. When the volunteers arrive we will be ready for the honey extraction and potting. I feel hopeful; they also seem really happy to come here," he said.
For Airbnb, this is the first of a broader project targeting southern Italy that includes the upcoming Matera 2019 Experience Academy, the first project of its kind in experiential tourism.
The project in Grottole will give locals the chance to make their village known to the wider world in the hopes of bringing in both tourism and jobs. Grottole Mayor Francesco De Giacomo called the project a "one-of-a-kind opportunity".
"Even if I had had 100,000 euros to invest in marketing, I never could have gotten the same results in terms of visibility," De Giacomo said.
"I hope the trend of depopulation, which is afflicting many small Italian villages, can be slowed. And I hope the can-do spirit I see today among the people in my community also stays," he said. Those who still live here, such as Enza, don't want to abandon Grottole.
"I've always lived here, and I'll never leave," she said.
Mario, speaking from his garden, echoed her sentiments.
"The Sassi di Mattera have nothing on Grottole. Tourists should come to discover it," Mario said.
Michela expressed her sentiments about Grottole in a word: "Wow - Grottole is 'Wow'".