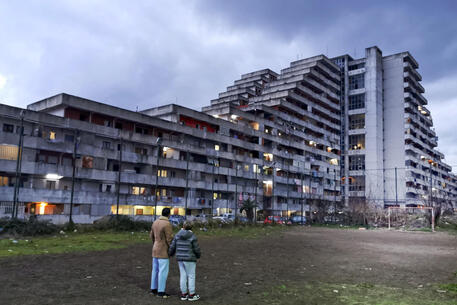 (ANSA) - ROME, OCT 17 - Naples Federico II University on Monday opened a medicine faculty in the crime-ridden district of Scampia which has been a symbol of the local Camorra mafia but is fighting to throw off the shackles of the Mob.
The area's iconic Vele (Sails) housing project was recently demolished in a sign that Scampia is getting away from its 'Gomorra' image and establishing a new civic, business and cultural identity.
The Federico II has now set up its health professions section in Scampia.
"This is a very important initiative not only for the city of Naples but also as a strong signal of how much an institution like a university can do for its local area and the whole country," said outgoing Universities Minister Maria Cristina Messa at the inauguration.
"We hope there will be a strong interaction with the local community," she added, stressing that she was happy that her last outing as minister had been to the former biggest open-aid drugs market in Europe.
Naples Mayor Gaetano Manfredi said "this is a victory over prejudice" and said "the local community has never given up pressing institutions to change the paradigm here".
Naples Archbishop monsignor Domenico Battaglia said "young people used to find death here, but now they will find their dreams come true.
"They will come here to engender hope by helping the sick and the weak".
City councillor Maria Muscarà cautioned, however, that the faculty "risks being a cathedral in the desert because of the lack of proper links to take back fully a zone that for too many tears was abandoned, an area where the Camorra has never stopped".
The demolition of the last four of the notorious Vele (Sails) buildings in the drug-ridden Naples district was interrupted by the COVID emergency but was finally completed two years ago.
A 'restyling' of the area, which is trying to make a civic comeback after years of being identified with the Camorra mafia and drug pushing, then began.
The Sails were an iconic backdrop in the hit Camorra TV show Gomorra (Gomorrah), based on Roberto Saviano's expose' of the same name which earned the anti-mafia writer death threats that forced him into a police protection programme. (ANSA).