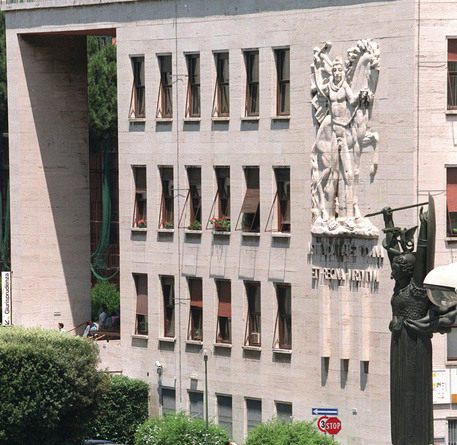 (ANSA) - ROME, AUG 16 - Rome's La Sapienza University is the only Italian university to get into the world's top 150 seats of higher learning according to the latest Academic Ranking of World Universities (ARWU) by the Shanghai Ranking Consultancy, an independent body.
The largest Italian state university improved from last year by rising one notch in the standings from the 151-200 range to the 101-150 range.
The top 100 universities are ranked individually, with scores, but those lower down are put into ranges of 50, like La Sapienza.
Harvard has topped the rankings for the last 20 years, followed by Stanford University and the Massachusetts Institute of Technology (MIT).
Other top 10 universities are Cambridge (4th), Berkeley (5th), Princeton (6th), Oxford (7th), Columbia (8th), Caltech (9th), and Chicago (10th).
There are six assessment parameters: Nobel prize winners and Fields Medals among alumni (10%) or researchers (20%), the number of researchers cited highly by Clarivate Analytics (20%), publications in "Nature & Science" (20%), and technological and social citations (20%).
These parameters are then correlated with the academic staff, giving a further parameter of per capita productivity (10%).
"This year's position is an excellent result for La Sapienza, which sees its top spot nationally confirmed," said Dean Antonella Polimeni.
"The ranking reaffirms the prestige of the university in the international panorama thanks to the quality and scientific value of our academic community, of which the recent Nobel Prize for Physics to Giorgio Parisi represents the maximum recognition.
"The ranking rewards in particular excellence in scientific research, placing La Sapienza among the reference research universities at a global level".
In Europe, the top spot is still held by Paris-Saclay University in 16th place, followed by ETH in Zurich in 20th.
Germany has four universities in the top 100.
Of Asian universities, Tokyo University is 24th while Beijing's Tsinghua University has moved up two spots as second best in Asia.
Melbourne University, in 32nd, is the top Oceania uni.
in April La Sapienza came top in Italy in the Centre for World University Rankings (CWUR), in 113th place, and was among the world's top 200 universities for QS (Quacquarelli Simonds) World University Rankings 2023.
QS made La Sapienza top in the world for Classics and Ancient History. (ANSA).