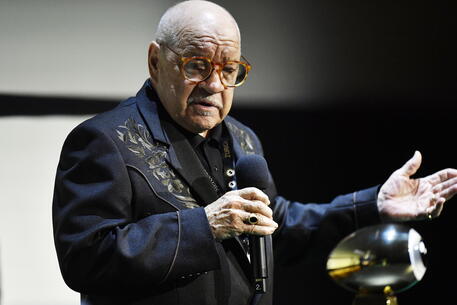 (ANSA) - ROME, MAY 4 - Venice Film Director Alberto Barbera said Wednesday that the Golden Lion for Lifetime Achievement of the 79th festival, which takes place August 31 to September 10, 2022, has been awarded to the American film-maker and screenwriter Paul Schrader.
Schrader is the director of American Gigolo and First Reformed, among many other pictures, and his screenwriting credits include Raging Bull, Taxi Driver and Obsession.
"I am deeply honored," said the 75-year-old.
"Venice is the Lion of my heart." Barbera said Schrader had "revolutionized the imagination, aesthetics, and language of American film.
"It is not an exaggeration to affirm that he is one of the most important American filmmakers of his generation, a director who is deeply influenced by European film and culture, and a stubbornly independent screenwriter who nonetheless knows how to work on commission and confidently move within the Hollywood system," he said. (ANSA).