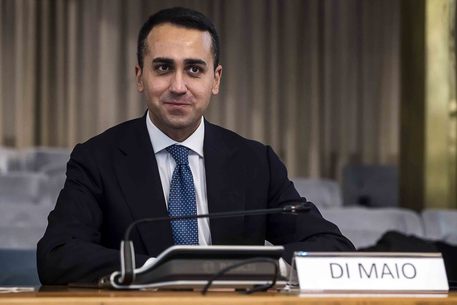 (ANSA) - ROME, DEC 14 - Italian Foreign Minister Luigi Di Maio on Tuesday presented Rome's bid to host Expo 2030 at the general assembly of the BIE (Bureau International des Expositions).
If the bid is successful, it will bring the World Fair back to Italy just 15 years after Expo Milano 2015.
"The Italian government, in partnership with the City of Rome, its citizens, the local authorities and the whole country, today presents its bid to host the 2030 World Expo in Rome, the Eternal City, from 25 April to 25 October 2030 under the theme 'People and Territories: Urban Regeneration, Inclusion and Innovation," Di Maio said.
Rome Mayor Roberto Gualtieri also took part in the presentation and gave five reasons to back Rome's bid, saying it is the "ideal place for Expo 2030".
"Rome is a unique city that shows its thousands of years of history," Gualtieri said.
"Here you can see how the relations between the peoples and their territories have evolved over the centuries.
"It is the city with the vastest green belt in the world.
"It is a bastion of culture and science.
"It is traditionally an open and inclusive city.
"Finally, the 2025 Jubilee will send a powerful message of inclusion, solidarity and hope".
Moscow, Busan in South Korea, Odesa in Ukraine and Riyadh in Saudi Arabia are also bidding for Expo 2030.
The innovative Italy pavilion at Expo 2020 Dubai, featuring a replica of Michelangelo's David, is one of the star attractions at the World Fair that is running at the moment in the UAE.
(ANSA).