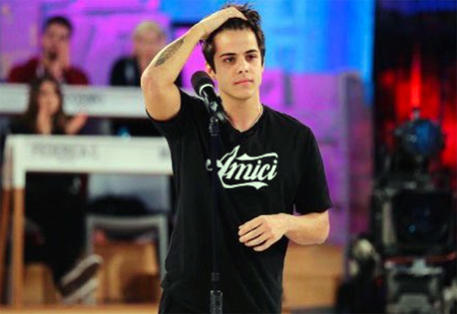 (ANSA) - ROME, JUN 7 - Singer Michele Merlo died at 28 Monday in a Bologna hospital where he had been admitted Thursday night for a brain haemorrhage triggered by a sudden attack of leukemia.
Merlo, whose stage name was Mike Bird, had risen to fame after appearing on talent shows the X-Factor and Amici.
An extremely delicate operation failed to save his life.
Merlo had been sent home by another Bolgonese hospital which had diagnosed his symptoms as being caused by a relatively innocuous virus.
His family issued a statement denying reports that he had been vaccinated against COVID-19, and that his symptoms were due to a reaction to the jab.
Merlo received messages of sympathy from fans and colleagues including Emma Marrone, Francesco Facchinetti, Ermal Meta, Federico Rossi (of the Benji & Fede duo), and Aka7even, fellow contestants on Amici. (ANSA).