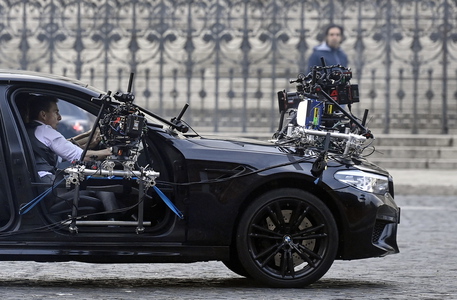 (ANSA) - ROME, 30 NOV - Rome's iconic Piazza Venezia was cordoned off Sunday morning as Tom Cruise shot the latest scenes for the latest part of the Mission: Impossible franchise in the Italian capital.
Last week Cruise shot a car chase in Via dei Fori Imperiali, right through the Roman Forums.
Mission:Impossible 7 has many scenes in Italy, including Venice, where Cruise shot earlier this year.
Mission: Impossible 7 is written and directed by Christopher McQuarrie, the third film in the series to be directed by McQuarrie, following Rogue Nation and Fallout.
The cast includes Cruise, Ving Rhames, Henry Czerny, Simon Pegg, Rebecca Ferguson, Vanessa Kirby and Angela Bassett, all of whom reprise their roles from the previous films, along with Hayley Atwell, Pom Klementieff, Shea Whigham, and Esai Morales, who will join the franchise.
Mission: Impossible 7 is scheduled to be released on November 19, 2021, by Paramount Pictures.
A direct sequel, also directed by McQuarrie, will be released on November 4, 2022. (ANSA).