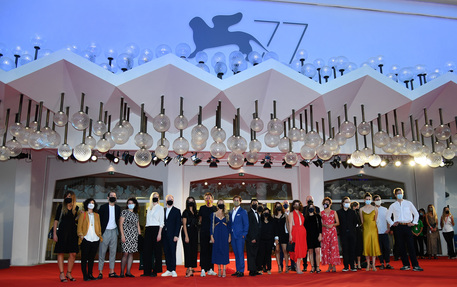 (ANSA) - ROME, SEP 14 - Nomadland, an American movie directed by Chinese film-maker Chloé Zhao, was awarded the Golden Lion at the 77th Venice Film Festival on Saturday.
The dramatic film is the story of a woman who takes a trip around the American Midwest.
Italy's Pierfrancesco Favino won the best actor award at the world's oldest cinema festival for his performance in Claudio Noce's Padrenostro.
Vanessa Kirby won the best actress award for Pieces of a Woman.
One of the favourites for the Golden Lion, Italian director Gianfranco Rosi's Notturno, came away empty handed.
"The decision to exclude it was so tough that we wanted to create a special prize for it," said Jury President Cate Blanchett. (ANSA).