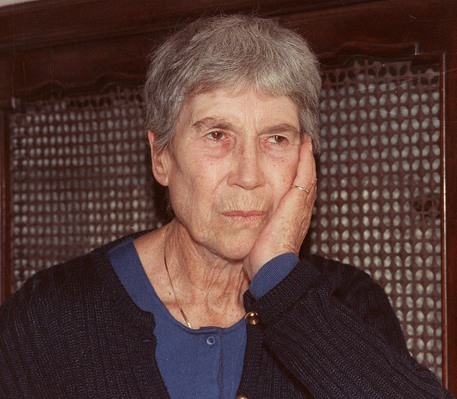 (ANSA) - New York, June 21 - After the popularity of Elena Ferrante's Neapolitan novels, US readers are rediscovering another Italian novelist, Natalia Ginzburg.
Ginzburg, who died in 1991 at 75, was "celebrated as one of the great Italian writers", wrote the New York Times this week after the new publication of two works by the author.
Ginzburg's 1963 autobiographical novel, "Family Lexicon," was published in a new translation by Jenny McPhee two years ago, and two other works of fiction, "The Dry Heart" and "Happiness, as Such," have just been republished, including one in a new translation.
The 1947 novel "The Dry Heart" in Francis Frenaye's classic translation from 1949 will be available again as of June 25 while "Happiness, as Such", has just been retranslated with a new title by Minna Zallman Proctor, editor of the Literary Review and winner of the PEN Poggioli prize.
The two novels follow by two years the reissue for Anglophone readers of Ginzburg's autobiographical masterpiece "Family Lexicon" with an introduction by Tim Parks.
Meanwhile in Britain Daunt Books last year reissued "The Little Virtues" from 1962 and "Voices in the Evening" in February.
The Guardian's literary critic Lara Feigel said reading Ginzburg is a "bit like reading Ferrante, but where reading Ferrante can seem like making a new friend, reading Ginzburg is more like finding a mentor".
The New York Times had already paid homage to Ginzburg with an obituary penned by William H. Honan in 1991 in which he said that the novelist was "once dismissed as a minor writer because of her preoccupation with family life". One year earlier, Ginzburg had told American novelist Mary Gordon that she wrote about families because "everything starts there".
The rediscovery of her work has been slow but constant: "There is something of Beckett in Ginzburg's prose; of Chekhov, whom she greatly admired; and of Shakespeare's late plays, in which tragedy most often occurs offstage. It is one of life's mysteries that what makes tragedy both bearable and unbearable is the same thing-that life goes on", poet Cynthia Zarin wrote in 2017 in an article published by the New Yorker.
One year later, novelist Rachel Cusk said Ginzburg "gave us a new model for the female voice".
Now, for the New York Times's Parul Sehgal, this voice "is instantly, almost violently recognizable - aloof, amused and melancholy". "Where does style come from? Is it knowingly constructed or unconsciously secreted? Invented or inherited? These questions dog me whenever I read Ginzburg, whose thumbprint is so unmistakable, so inscribed by her time", wrote Sehgal, yet so universal "that it requires no background information to appreciate".