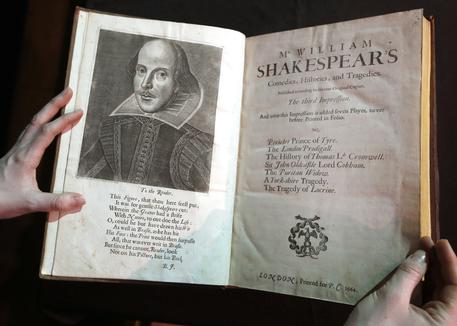 (ANSA) - Palermo, March 25 - Three researchers have claimed that Sicilian-born linguist, lexicographer and royal language tutor John Florio (1553-1625) is the real author of William Shakespeare's work - a theory that is being turned into a television show by Italian filmmaker Stefano Reali.
Reali is currently working on the show, which is produced in Spain.
The three Anglicists - Corrado Panzeri, Saul Gerevini and Giulia Harding - say Florio fled Messina due to the Inquisition and travelled to London, where he was hosted by Henry Wriothesley, the third Count of Southampon together with a young actor, Will of Stratford, and both lived in the same castle.
The show in production focuses on the theory that Florio used his father's immense erudition and the protection of the powerful aristocrat as an author.
It also investigates a meeting between great Spanish writer Miguel de Cervantes at a Messina hospital after the author of Don Quixote had been wounded in the battle of Lepanto against the Turks.