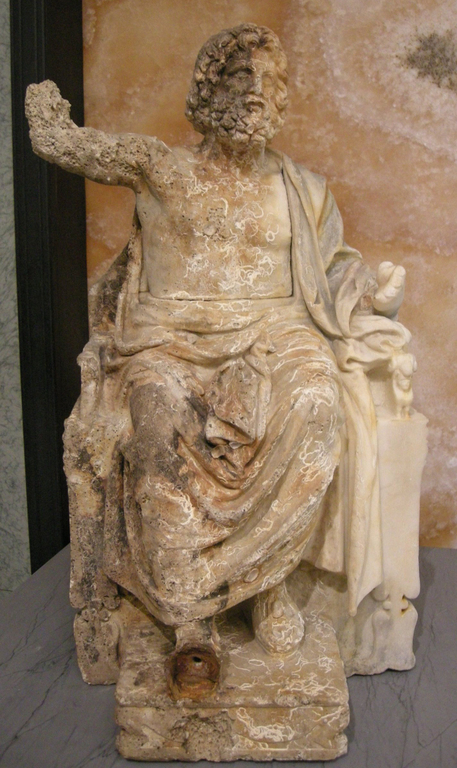 (ANSA) - Naples, October 19 - The statue of 'Zeus Enthroned' will return on October 27 to Baia, near Naples, after being exhibited at the Getty Museum in Los Angeles from 1992 until 2017.
It had previously been smuggled by traffickers. The 75-cm-high statue, which dates back to the 1st century BC, represents the Greek god Zeus. It comes from the waters of the sea off Campania, as established in 2012 through the analysis of a marble fragment found in Bacoli and part of the throne on which Zeus sits.
The statue returned to Italy in June 2017 at the National Archeological Museum in Naples thanks to the work of investigators, magistrates and the cultural ministry.
It will be returning home Saturday and for the occasion the Archaeological park of Campi Flegrei is hosting the exhibit 'Il visibile, l'invisibile e il mare' (the visible, invisible and the sea) with previously unseen sculptures from the archaeological park and from the rich villas that are part of Baia's ancient heritage. Overall, 11 statues will surround the Greek god.
Visitors will have multimedia support to understand the characteristics of the area. Also, the volcanic phenomenon of the local land, marked by slow movement of the soil known as 'bradisismo', will be explained as it has rendered the local sites and monuments unique.