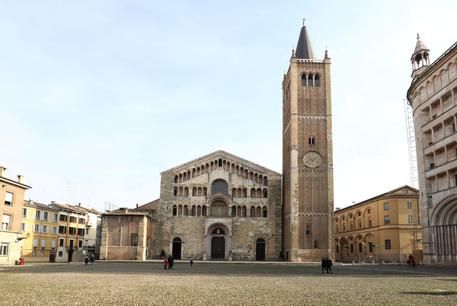 (ANSA) - Rome, February 16 - Culture Minister Dario Franceschini announced Friday that Parma would be the Italian Capital of Culture in 2020. The northern city beat off competition from fellow finalists Agrigento, Bitonto, Casale Monferrato, Macerata, Merano, Nuoro, Piacenza, Reggio Emilia and Treviso to get the nod from a jury led by Stefano Baia Curioni.
The jury said Parma was "a virtuous and extremely high-quality example of local culturally based planning".
Parma mayor Federico Pizzarotti said that he was ‘’ thrilled", while Emilia Romagna Governor Stefano Bonaccini noted that "this is further recognition for the beauty, heritage, and excellence of our land". Publisher Franca Maria Ricci said "we Parmesans have been a capital for a long time: with the Farneses, the Bourbons, then with Napoleon and Maria Luigia. Parma has always had the allure of an international, cultured, cosmopolitan city".
The city was at the center of several wars in the peninsula during the 14th and 15th centuries and the French held the city for many years in the early sixteenth century. It then became part of the Papal States, only to be detached from them in 1545 by the Farnese pope Paul III, who gave it and Piacenza to his illegitimate son, whose descendants ruled it for almost two hundred years.
During the Napoleonic Wars in the early 19th century, Parma was annexed to France, while prior to and during World War II it was a center of partisan resistance to fascists. It boasts one of the oldest universities in the world, is a city with which the world-renowned opera composer Giuseppe Verdi was closely linked and in which Arturo Toscanini was born and a museum has been erected in his honor.
Parma is famous for its ham and parmigiano cheese and was named a UNESCO Creative City for Gastronomy in 2015.
After Mantua 2016, Pistoia 2017, Palermo 2018 and Matera in 2019 (at the European level), Parma will thus be showing off Italian culture and its uniqueness in 2020. The mayor of one of the cities it beat for the honor, Agrigento, said that Parma deserved to win in part because it would balance out the more recent picks in the south – Palermo 2018 and European Capital of Culture 2019 Matera – and showcase a northern city ‘’in which the people are its strong point, since people are the true value of Italy’’. The mayor, Lillo Firetto, added that ‘’as for Agrigento, the residents have already won with their commitment, their desire to overcome apathy and resignation. Their rediscovered pride has won, the need to look at their city with different eyes, with revived love. A different sort of sensitivity has won, indignation against those who offend, ruin, destroy and violate.’’