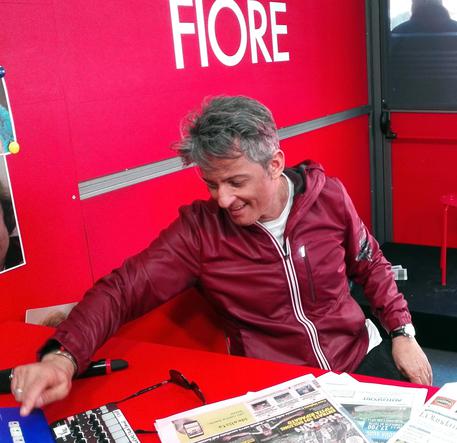 (ANSA) - Rome, September 5 - Singer and comedian Rosario Fiorello, one of Italy's most popular entertainers, said Tuesday that his next TV show may be his last. Fiorello told ANSA that he was not continuing his award-winning Edicola Fiore, a SKY show that uses the news to inspire comedy and that he started on the Internet seven years ago. "The next one could be my last show said," he told ANSA referring to a variety programme set to be titled L'Ora del Rosario.
He added that closing Edicola Fiore was not an easy decision.
"I thought about it a lot during the summer," he said.
"But I needed new stimulation. Now I want to do variety.
"People have been asking me for it for years".