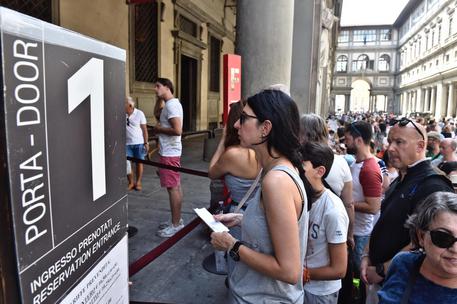 (ANSA) - Florence, August 4 - Florence's Uffizi Gallery was temporarily closed to the public on Friday after the world-famous museum's air conditioning system broke down.
Director Eike Schmidt told ANSA that there was no risk to the priceless artworks inside. The people who were in the museum when the fault occurred were allowed to finish their visits. Schmidt had said he hoped the museum would reopen at 15:00 Friday.
But later in the day the museum announced it would stay shut until Saturday.
"#Today #Uffizi closed due to a malfunctioning of the air conditioning system," the museum said on the @UffiziGalleries Twitter account. "#Tomorrow regular opening. We apologize about the inconvenience".