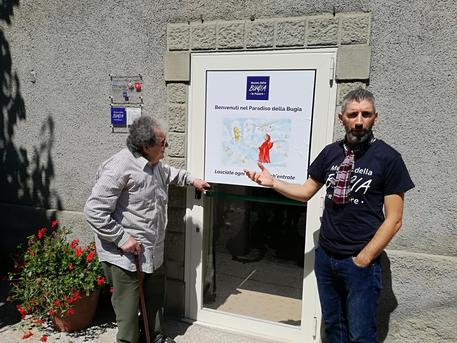 (ANSA) - Pistoia, August 2 - A former hotel near Pistoia will become the first museum dedicated to lies worldwide.
The museum in the small Tuscan town of Le Piastre will include nine rooms and 61 panels to showcase the history of lies and is scheduled to open on Saturday, August 5.
Le Piastre has been hosting for almost half a century the annual 'Italian championship of liars'.
This year's edition will open on Saturday and host a key event the following day with a special jury who will elect Italy's 'most deceitful storyteller'.
The new museum includes an exhibition space of over 200 square meters divided according to eight themes.
The first part focuses on the history of lies around the world, including the local tradition.
This section includes an area where the public can read passages by writers who were awarded a special prize by Italian novelist Sandro Veronesi, watch videos and television programs on the theme.
One of the museum's sections will focus on fictional stories for children, including tales on the drowned trout, the short-sighted hawk, storks carried by children and lambs who eat sunrays. The rector of the local Accademia della Bugia, the Academy of lies, Emaniele Begliomini, said the museum's visitors "will find a space dedicated to the local art of explaining reality" with a twist to make it more "human and interesting".
Begliomini said "lying with style and irony is not easy, but you can learn how to do it here without ulterior motives, only as a game".
"We have been doing it for 50 years and now we have decided to show it to everybody".