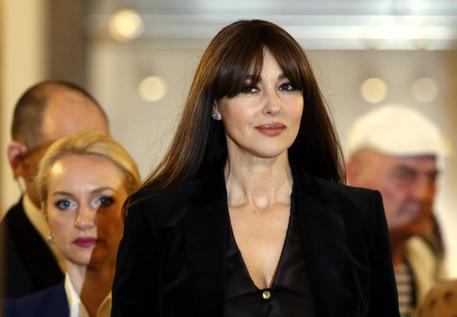 (ANSA) - Rome, March 20 - Monica Bellucci will host the opening and closing ceremonies of this year's Cannes Film Festival, running at the Croisette from May 17 to 28, organisers announced Monday. The jury of Cannes' 70th edition will be headed by Spanish director Pedro Almodovar, they said. Bellucci, 52, has a long history at Cannes dating back to her first appearance to present Stephen Hopkins' Suspicion in 2000. In 2002 she was at the centre of a row over erotic scenes in Gaspar Noè Irreversible while in 2006 she was on the jury chaired by Wong Kar Wai. She returned for a film by Marco Tullio Giordana, 'Una storia italiana' (An Italian Story), and again in 2014 for Alice Rohrwacher's Le Meraviglie (The Wonders), which won the Jury Prize. Her latest film, On The Milky Road, presented in Venice, is set to hit screens soon while she is involved with the casting of David Lynch's Twin peaks reboot.