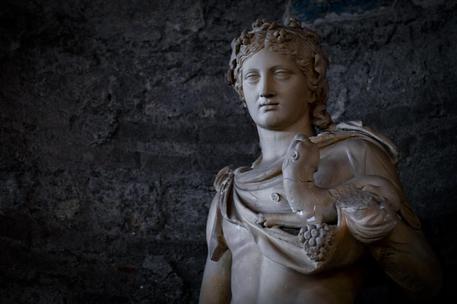 (ANSA) - Naples, December 1 - Italian and Japanese archaeologists have found what could be the last villa of Rome's first emperor, Augustus (63 BC-14 AD).
The ruins of the splendid abode lie at Starza della Regina, near the Naples hinterland town of Somma Vesuviana, on the slopes of Mt Vesuvius.
A dig on the large villa has been going on for 14 years.
On Wednesday the site was visited by Professor Satoshi Matsuyama of Tokyo's Imperial University, which has been funding the work since 2002, by archaeologist Antonio De Simone from Naples' Suor Orsola Benincasa University, and by archeaological superintendency official Mario Cesarano.
"So far 2,500 square metres has been excavated," De Simone told ANSA, "and we expect to dig out as much again, at least".
The latest discovery was a huge water tank, measuring 30 metres by 10.
Archaeologists say the villa dates to the first decades of the second century AD, but the dig has unveiled statues that date back to before the eruption of Vesuvius that destroyed Pompeii and Herculaneum in 79 AD.
Even if it not the villa where Augustus died in 14 AD, they say, it is certainly a magnificent patrician villa from the early imperial era.