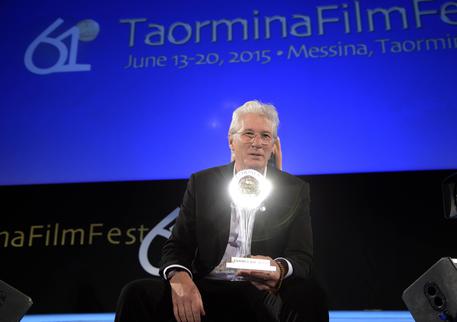 (ANSA) - Rome, June 7 - American actor Richard Gere is set to be the honorary president of the 62nd edition of the TaorminaFilmFest scheduled for June 11-18 this year, organisers announced on Tuesday.
Other stars expected to attend the event in Sicily include American actress Susan Sarandon and Italian director Marco Bellocchio. About 21 countries are represented in the event's programme, including Finland, Albania, China and New Zealand.
More than 100 productions will be presented, including previews, short films and documentaries.
The event's opening night will be dedicated to homeless causes, which Gere has been supporting over recent years.
Italy's Ministry of Social Policies will hold a press conference to launch the #HomelessZero campaign aimed at raising awareness and fighting severe marginalisation.