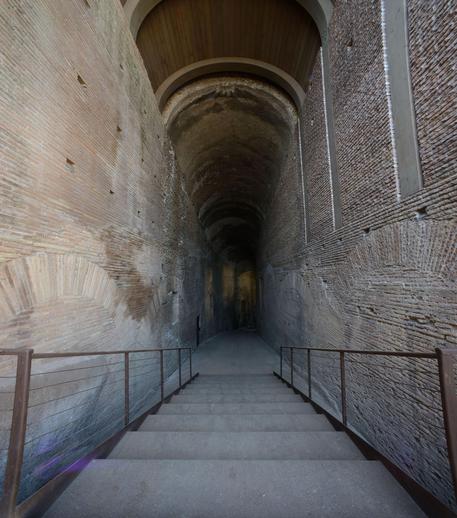 (ANSA) - Rome, October 20 - Part of a monumental ramp entrance to the palaces of Roman emperors on the Palatine Hill opened to the public on Tuesday for the first time, more than a century after it was discovered.
The imperial ramp of Emperor Domitian, protected by huge walls and flanked by storerooms, was built by the emperor in the first century AD to serve as a majestic entrance into his imperial palace, which it connected to the Roman Forum.
It will house a temporary exhibition running until January 10 of ancient Roman archaeological artefacts and 17th-century art which survived the demolition of the Santa Maria Liberatrice Church in 1900.
Another restored section linked to the Clivus Victoriae ('slope of victory'), an ancient road climbing the Palatine Hill, is scheduled to be opened in March.