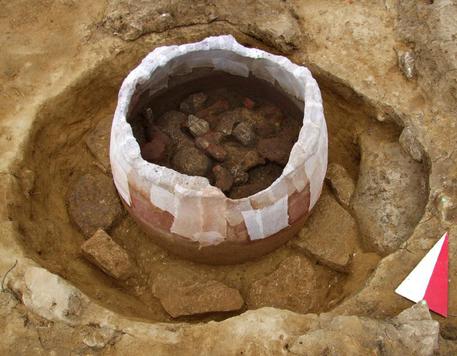 (ANSA) - Volterra, April 2 - Archaeologists investigating a potential building site near Volterra discovered a tomb dating from pre-Etruscan times, the Tuscan city announced on Thursday.
Volterra Mayor Marco Buselli said "It is a remarkable discovery that opens new scenarios regarding pre-Etruscan Volterra". The tomb, consisting of a large jar which is an estimated one meter in height and more than 80 cm in diameter, was found during survey archaeological investigations for the building of a nursery school.
The jar was found in good condition, in a ditch with a stone covering that one city official said "was already in the past: from the fragments it is reasonable to assume that it is as a pre-Etruscan burial".
The tomb was taken to the Tuscany archaeological superintendency's conservation laboratory.