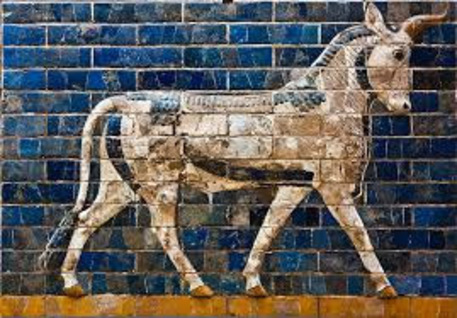 (ANSA) - Tehran, March 11 - A large structure believed to have inspired the Ishtar Gate of Babylon and a settlement dating from 2300-1700 BC are among discoveries revealed this week by Italian archaeological missions in Iran at an international archaeological conference in Tehran. The architectural structure resembling the Babylonian gate was found in the site of Tol-e-Ajori, near the ancient site of Persepolis, an ancient Persian ceremonial capital in southwestern Iran dating back to 500-330 BC. The settlement Chalow Tepe in the northeastern region of Khorasan is part of the Oxus civilization, or Bronze Age civilization of Central Asia, that covered parts of modern Afghanistan, Turkmenistan, Uzbekistan and Tajikistan. Italian archeologists are nearly alone in carrying out excavations in partnership with Iran, with missions that are co-financed by both countries.
The timing of the conference drew attention to international archaeological efforts in the region after ISIS militants destroyed exhibits in the Mosul museum, wrecked the ancient city of Nimrud and the Hatra emporium in nearby Iraq. In response, Iran wrote to UNESCO offering to host ancient Iraqi treasures at risk until ISIS is defeated. Italy has always maintained good archeological relations with Iran dating back to when diplomatic relations were launched at the end of the 1950s and then interrupted for nearly 20 years after the Islamic revolution of 1979. Relations were picked up once more in the 1990s thanks to the reformist president Mohammad Khatami, who reopened relations toward foreign countries. Italian-Iranian relations continued in recent years despite the tightening of sanctions against Iran surrounding nuclear issues. While sanctions created difficulties for French and British archeological missions, the Italian archeologists were unaffected because their bilateral funding remained unaffected by the measures.
Seven or eight Italian-Iranian missions are currently at work, with the universities of Turin, Bologna, Naples and Rome's Sapienza involved. The excavations near Persepolis are under the care of Pierfrancesco Callieri of the University of Bologna and his Iranian colleague Alireza Askari Chaverdi. They have found a brick monument with a glazed facade similar to structures found from Babylonia. Part of it is decorated in relief with imaginary animals, like a dragon-snake and bull, resembling those on the Ishtar Gate, built 50 years before the Persian conquest. The University of Turin, meanwhile, is involved in excavations in the southwestern Iranian region of Khuzestan, where a stone temple and a monumental sanctuary from the Hellenistic and Parthian periods were found. The bronze statue of the so-called Prince of Shami, found on the sites, is now in the Tehran National Museum.