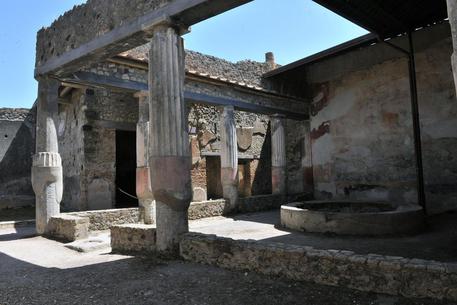 (ANSA) - Rome, March 5 - Culture Minister Dario Franceschini on Thursday hailed UNESCO's decision to extend until 2016 the deadline for completion of restoration at the world-famous archaeological site of Pompeii.
The so-called Great Pompeii Project was originally scheduled for completion this year.
"The UNESCO inspectors' words are the rightful recognition of an effort that has been intense, scrupulous and methodical," Franceschini said of the project launched by the government in 2013 with joint Italian and European Union funding to shore up the crumbling remains of the ancient Roman town buried by the eruption of Vesuvius in AD 79. The EU had earmarked a total of 105 million euros for Pompeii.
Since then, UNESCO has repeatedly expressed concern about conditions at the World Heritage site, threatening to remove it from the list if certain improvements were not made. Now in a report the UNESCO inspectors reported "tangible and significant improvements in the state of conservation" of the archaeological area. "Italy is making a considerable effort to adopt the recommendations of the World Heritage Committee," the inspectors continued, recommending the extension of the Great Pompeii Project to the end of 2016.