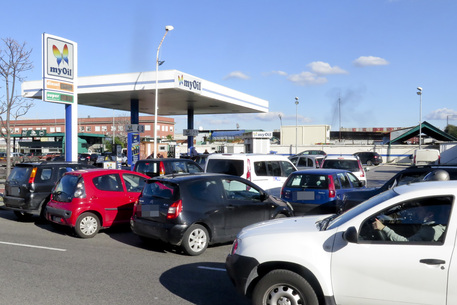 (ANSA) - ROME, JAN 24 - One of Italy's major petrol station groups, FAIB, on Tuesday cut from two to one day a strike protesting government claims of price gouging over recent fuel rises.
FAIB said after talks with Business and Made in Italy Minister Adolfo Urso that the openings presented had been "positive" and had already been formalized in an amendment to a decree making it compulsory for operators to display a list of average prices alongside their own.
The price list and allied sanctions have now been removed from the decree, FAIB said.
FAIB said it would put its decision to the other operators on Wednesday morning.
The strike by the other operators is currently set to go ahead from seven pm Tuesday to seven am Friday, effectively closing most of Italy's petrol stations on Wednesday and Thursday.
The operators are meeting government officials in a last-ditch bid to avert the two-day strike. (ANSA).