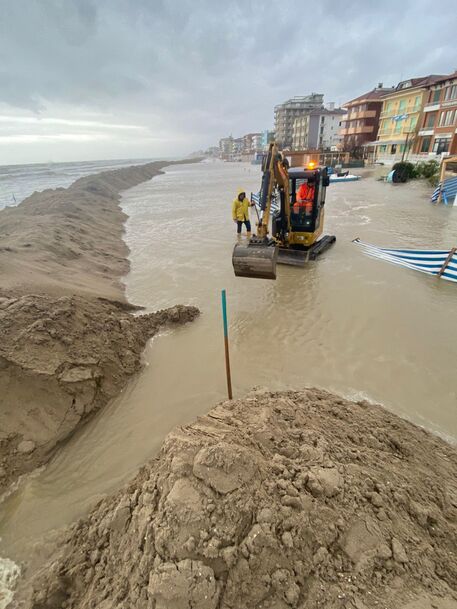 (ANSA) - ROME, JAN 24 - A wave of extreme weather featuring freezing temperatures, heavy snow, violent storms and gale-force winds continued to make life difficult in many parts of Italy on Tuesday.
Snow and heavy rain took several roads out of use and schools were closed in many parts of the country, including the provinces of L'Aquila a Potenza.
Around one metre of snow fell in Amatrice in four hours and winds of over 120 km/h battered the northern port of Trieste.
A woman in the Tuscan town of San Quirico d'Orcia had to give birth with the help of advice via telephone from a midwife as she was unable to leave her home because of the weather after she went into labour.
Scientists says that climate change caused by human greenhouse-gas emissions is making extreme weather events more frequent and intense. (ANSA).