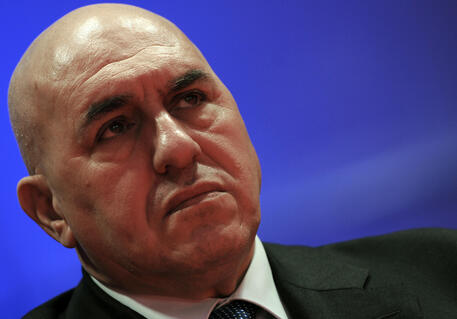 (ANSA) - ROME, JAN 24 - Egypt wants to cooperate 100% on handing over the four intelligence officers suspected of torturing to death Italian student Giulio Regeni in late January-February 2016, Defence Minister Guido Crosetto said Tuesday in the face of a lack of evidence that any concrete cooperation is forthcoming.
"I think we will get the truth on the Regeni case, I think there is a willingness on Egypt's part to cooperate 100 per cent with Italy, because there is a need for the two nations to talk to each other and cooperate also for the security and balance of North Africa," Crosetto said on 'Diario del Giorno' on Rete 4.
"They are all interested and willing to give us clear and serious answers as quickly as possible".
Foreign Minister Antonio Tajani said Egyptian President Abdel Fattah el-Sisi had shown a new willingness in talks in Cairo Sunday to help Italy try the four intelligence officers that Rome prosecutors have said tortured Regeni to death because of the politically sensitive nature of his Cambridge University doctoral research into Cairo street sellers' unions. (ANSA).