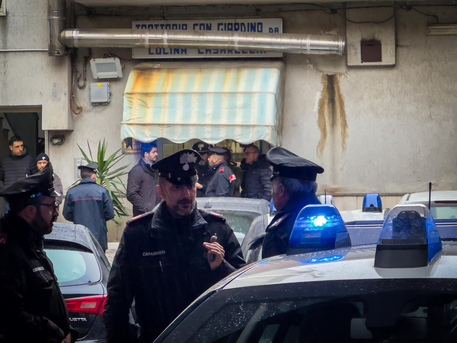 (ANSA) - ROME, JAN 24 - A leading member of a Neapolitan Camorra mafia clan was shot dead in a hit in a restaurant at Melito near Naples on Monday afternoon.
The two hitmen went into action shortly after two o'clock and shot 57-year-old Vincenzo Nappi aka "o' pittore" (The Painter) dead with around 10 rounds of bullets, police said.
Nappi, believed to be linked to the powerful Amato-Pagano clan in Naples, was killed instantly.
Police said it was lucky that the restaurant was almost empty at the time of the hit.
They also said that Nappi, who was arrested and charged with mafia crimes in 2011, did not go there often. (ANSA).