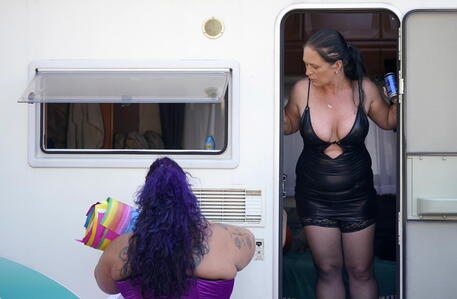 (ANSA) - ROME, DEC 5 - Italian police on Monday arrested four people, three women and a man, on suspicion of beating a 17-year-old girl and threatening her life in order to force her to continue working as a prostitute at Andria in Puglia.
The girl had tried to rebel against the prostitution gang telling them she wanted to pull out of the business, police said.
The four reacted by abducting the girl, beating her so that she suffered an eye injury that required hospital treatment, and issuing death threats against her, the girl told police back in May when she was still a minor.
The four have now been arrested on charges of kidnapping, robbery, grievous bodily harm, attempted extortion and illegal weapons possession, police said Monday.
The three woman are prostitutes and the man a pimp, police said.
(ANSA).