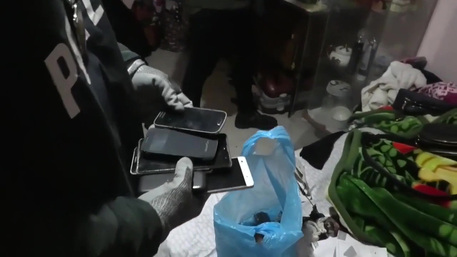 (ANSA) - ROME, NOV 30 - Police on Wednesday arrested three members of a Neo-Nazi chat group on Telegram that was also alleged involved in sharing child-pornography material.
Two of the suspects were taken to jail, while the other was put under house arrest.
The three allegedly shared xenophobic, homophobic, anti-Semitic, misogynist and Neo-Nazi material in a chat group entitled Blocco Est Europa, a warrant said.
They also allegedly instigated violence, praised school shooters and called for a "training campaign" in view of a "enormous plan of attacks against the institutions", according to the warrant.
(ANSA).