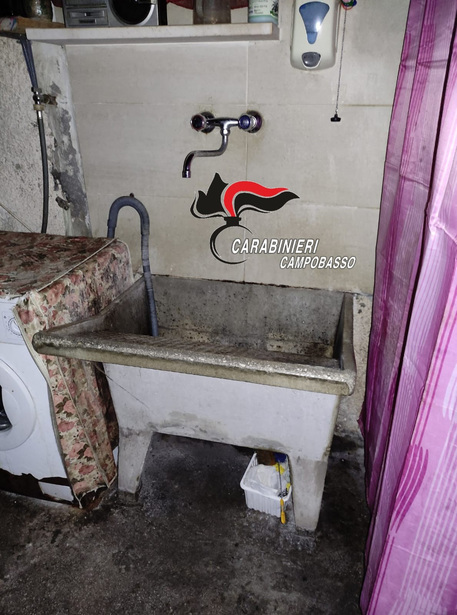 (ANSA) - ROME, SEP 12 - Carabinieri police said Monday that they had managed to free a 67-year-old woman who had allegedly been imprisoned by her brother and sister-in-law for 22 years in Bojano, in the southern province of Campobasso.
The woman's ordeal started in 1995 when she moved in with her brother so she would not be alone after the death of her husband.
After a few years, the brother and sister-in-law apparently became fed up of living with the woman and decided to move her to a room in a shed with no heating, and lock her in.
She was allegedly deprived of medical care, and hit and slapped and subjected to psychological violence by her relatives.
She was only allowed to wash once a month in an old laundry basin.
Furthermore, she was rarely let out, never without the supervision of her relatives, and she was not allowed to talk to anyone.
The Carabinieri started to look into the situation after getting a tip-off some months ago.
They did an inspection of the home and took her to their barracks to interview her.
Once the victim was convinced she would not have to go back to live with her family members, she told the police the whole story.
"The resilience of the woman was put to the test over the years, but her capacity to stand the serious deprivation she was subjected to, the loss of her personal freedom, her freedom to speak and her independence, prevailed," the Carabinieri said.
"She showed a desire to stay alive and get out of that situation.
"She asked for help at every chance she got and her attempts (to seek help) were not listened to for too long.
"She was very lucid and precise when telling her story, despite what she went through".
The woman is now living in a shelter. (ANSA).