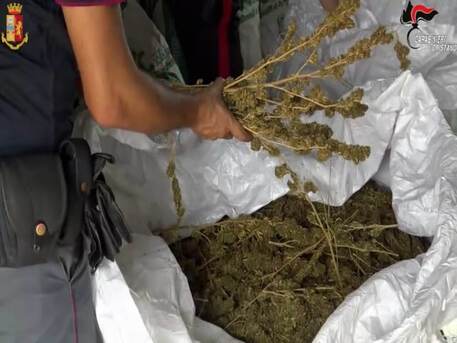 (ANSA) - ROME, AUG 19 - Italian police on Friday seized a drug-making lab near Bari which contained over 900 kilogrammes of marijuana.
The find was made at Ruvo di Puglia.
Police said the marijuana had a street value of over one million euros.
Police arrested two people who are believed to have been part of a drug-making gang.
They were found weighing, stocking and packaging boxes full of marijuana.
Police also seized drug-making and distribution equipment including electrical generators and weighing machines.
Police also found a pair of bunks where the drug makers and pushers are believed to have spent nights guarding their stash.
(ANSA).