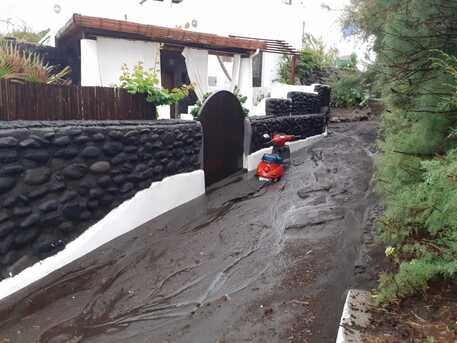 (ANSA) - ROME, AUG 17 - Italy is currently split in two by the weather with a fresh batch of violent thunderstorms in the north and 45 degrees C temperatures in the south amid the sixth African heat wave, according to Lorenzo Tedici, a meteorologist at the website www.iLMeteo.it.
The peaks of both ends of the spectrum will be on Thursday and Friday, he said.
Rainstorms will spread from the northwest Wednesday evening to the rest of the north Thursday and also parts of the centre where Tuscany, Umbria and locally Marche and Lazio will see heavy rain, some causing more floods and mudslides.
Sicily will meanwhile see the mercury rising to 45°C in the shade, an exceptionally high mark given that we are almost at the end of the summer.
The northern storms will bring a sharp lowering of temperatures as well as gales and hail, Tedici said.
These will spread to the centre between Thursday and Friday, he said.
Temperatures and the sticky 'afa' heat will ease in the south at the weekend, Tedici said, but there won't be significant storms.
Recent storms and tornadoes have damaged property in places as far away as Sabaudia south of Rome and on the iconic volcanic island of Stromboli, which was engulfed in mudslides. (ANSA).