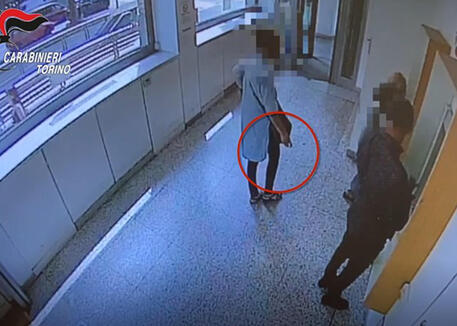 (ANSA) - ROME, AUG 17 - An ATM gang was caught Wednesday after 20 heists around Italy, police said.
The band, which cloned credit card details and PIN numbers to raid bank accounts across the country using ATMs, was arrested by Carabinieri from Ancona in Marche.
The thieves also made expensive purchases including tablets and smartphones with their stolen data.
Some 14 suspected gang members were arrested, all Romanian citizens aged between 29 and 59.
Police said they all had long criminal records.
They wee charged with aggravated theft, receiving stolen goods and falsifying payment instruments other than cash.
Investigations conducted between September 2020 and January 2021 allegedly uncovered the 20 criminal episodes, police said.
They were allegedly committed in the provinces of Ancona, Bologna, Rimini, Ferrara, Forlì-Cesena, Macerata, Chieti, Livorno, Verona, Novara and Fermo, police said.
The 20 victims were aged between 59 and 89.
The Romanian gang members managed to copy the PIN codes at the ATMs - generally UniCredit ones - and then swapped their victims' credit cards with dummy ones by tricks such as letting a banknote fall to the ground, police said. (ANSA).