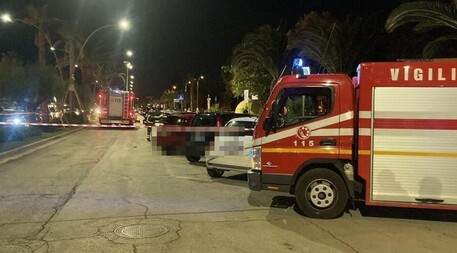 (ANSA) - ROME, AUG 9 - A 30-year-old Tunisian man was stabbed to death on a Civitanova Marche beachfront on Monday night, sources said Tuesday.
The attack in the Marche resort city, where a disabled migrant street seller was bludgeoned to death with his own crutch 10 days ago, took place during a row, police said.
The victim died of his wounds in hospital.
Another person was wounded in he fight, police said.
Police said the fight may have been a kind of 'reckoning'.
It took place in an area of 'movida' night life with many people entering and leaving eateries, bars and pubs.
The murder of Nigerian street hawker Alika Ogorchuckwu on July 29 gained big headlines and sparked protests in the immigrant community in the Marche seaside resort.
The man was allegedly attacked by a man after asking his girlfriend, "bella, will you buy one of my handkerchiefs".
It was just one, but the most serious, in a recent spate of violent incidents in Civitanova, many linked to the drug trade.
(ANSA).